One of the most useful functions of geosynthetics is their ability to separate fine-grained soils from granular fill material that is used in roads or other civil engineering projects. There are a number of popular misconceptions regarding the separation function. For engineers and contractors who are working on projects where the need for separation of fine-grained soils arises, a complete understanding of the underlying design principles is critical to making the most effective and economical decisions.

Since the fine soil particles are carried by water, there are two ways to prevent their migration into the granular fill:

In the case of geotextiles, filtration occurs when the fine soil particles are larger than the openings in the fabric, so that they cannot pass through. The Apparent Opening Size (AOS) of the geotextile quantifies the size of the openings, and therefore the size of the particles that can be filtered by the fabric. Both non-woven and woven geotextiles can be used in this way to achieve separation of fine-grained soils from granular fill materials.

It is important for the designer to remember that the particle size distribution of the subgrade soil directly impacts the effectiveness of separation in this manner. Extremely fine-grained soils in fully saturated conditions will not be effectively contained by a geotextile with an AOS that is too large.

This can be illustrated by placing the geotextile over the soil and walking across it. As load is applied on the geotextile, water from the subgrade will flow up through the fabric. If this water is “dirty” (i.e. contains soil particles) then separation is not being achieved. (See the image below.) The geotextile is still preventing the downward loss of granular material under these circumstances, but it is not preventing pumping. 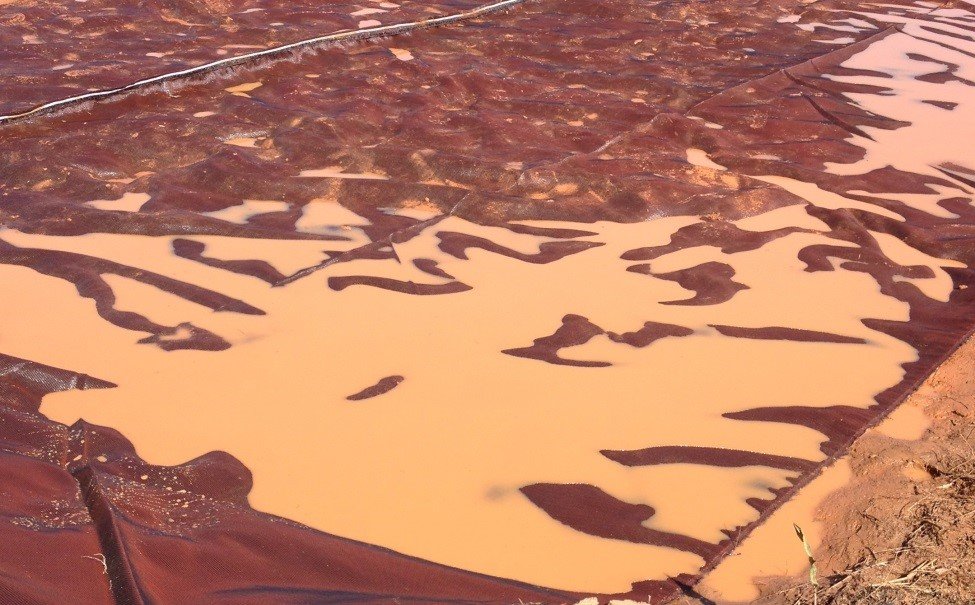 It is also critical to take into account the potential for “blinding” of the geotextile, which occurs when a layer of cohesive soil material builds up on the fabric and prevents water from passing through. If this occurs, it restricts drainage, causing the structure to weaken due to the presence of excess water.

In the case of geogrids, separation is achieved in a different way. Geogrid apertures are significantly larger than fine-grained soil particles, which has led to the frequent misconception that geogrids cannot be used for separation.

Low plasticity subgrade soils consisting of silt or very fine sand are inherently more mobile in moist conditions than clays. When these soils are present, it is also necessary to check that the Average Size Ratio is less than 25, as follows:

If these ratios are achieved, then the geogrid and granular fill, working together, will act as a filter at the interface with the subgrade and the pumping of fine soil particles into the granular fill layer will not occur.

The following figure illustrates the filtration of fine soil particles by a granular filter: 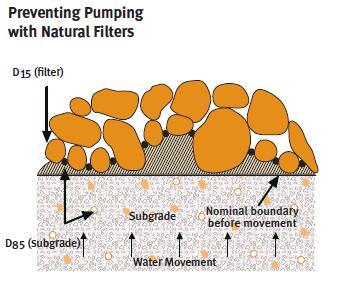 The following photo shows a cross section of a truck parking lot that was constructed on fine-grained organic material, after 11 years of service. The only geosynthetic used was a geogrid, which achieved and maintained separation as shown. 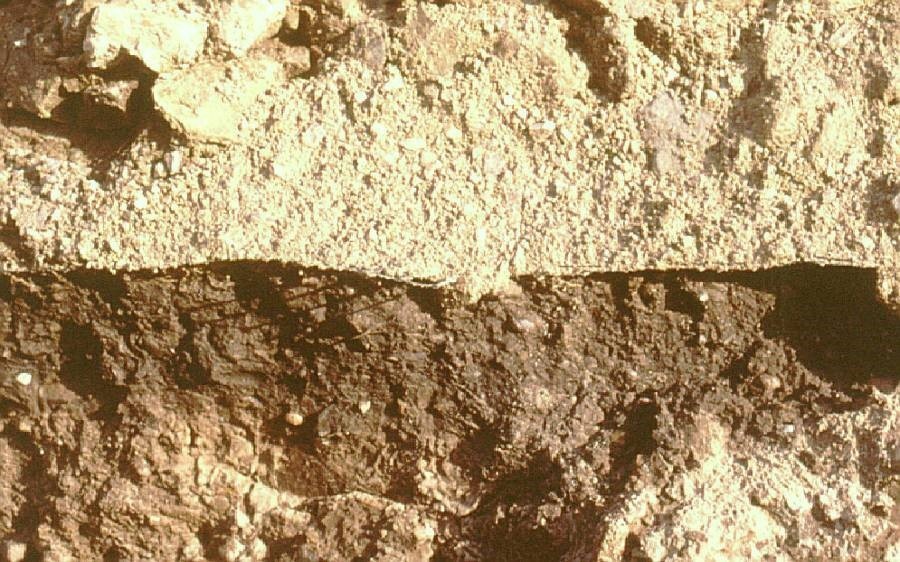 In cases where these ratios cannot be achieved, due to the subgrade soil characteristics and the available granular material, it is necessary to add an additional material to achieve separation. This might be a light non-woven geotextile placed below the geogrid, or a layer of granular material with a finer size gradation.

Finally, it is critical to note that the discussion here does not address stabilization of the subgrade or structural capacity of a pavement at all – only the separation of fine-grained soils to prevent pumping and aggregate material loss.

Have questions or need additional guidance? Let’s schedule your in-house “Lunch and Learn” presentation and satisfy your appetite for knowledge. These presentations are 45-minute in length and can be tailored to your specific interests/project types, with time built in for questions.