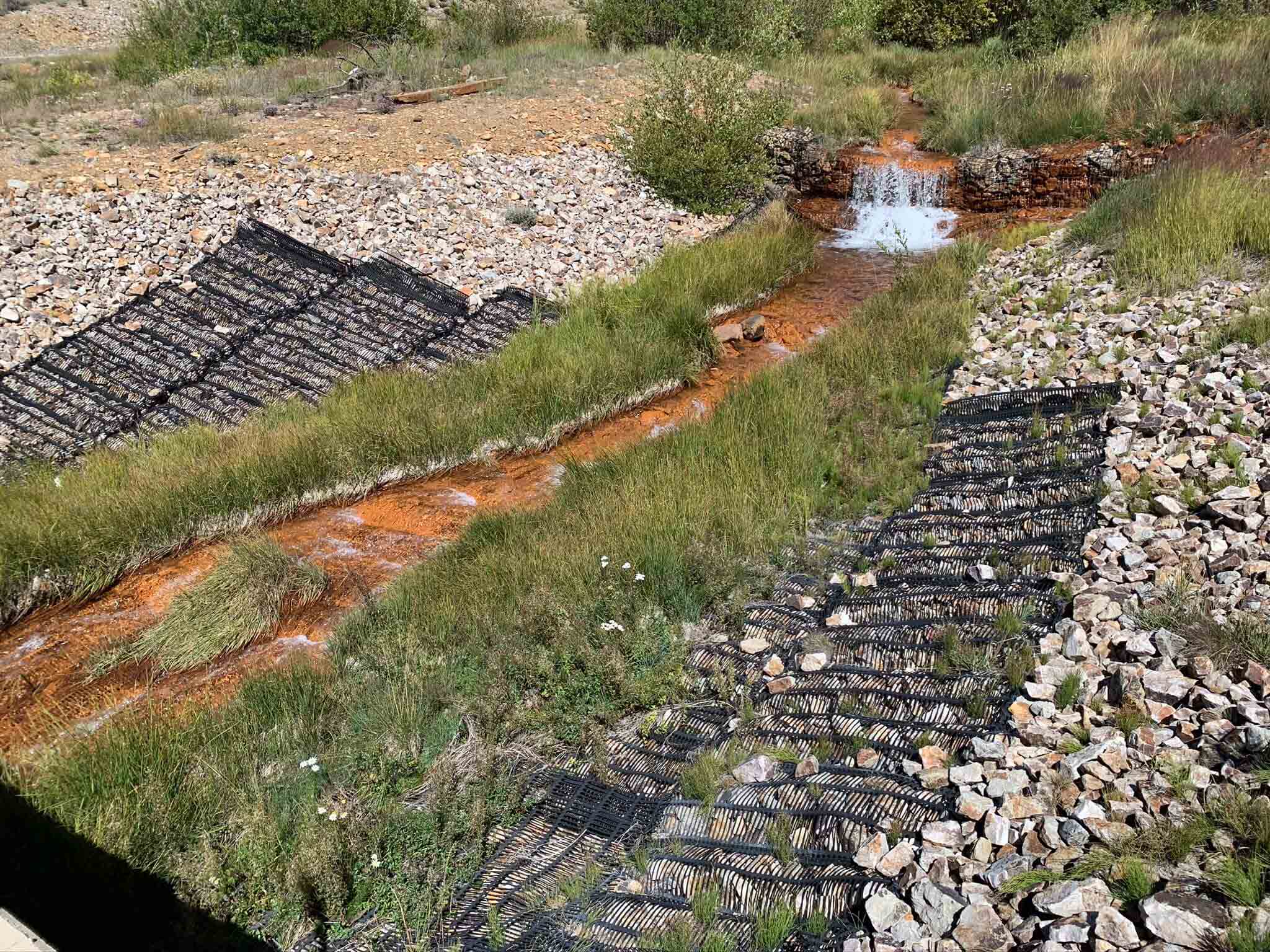 The California Gulch mine reclamation project in Leadville, CO, posed two basic problems. First, snowmelt and runoff were eroding the area where three channels, instead of the one original stream, were carving up the hillsides. Second, as the area had been named a Superfund site in the mid-1980s, contaminants from waste rock needed to be contained.

Directing water flow into one, instead of three, channels, and then armoring that one channel, was the initial task. "We wanted to improve water quality and reduce sedimentation of the Arkansas River, which begins here in Colorado," says Todd White of Resurrection Mining. "Snowmelt would come down through here in several braided channels, picking up sediment and metals on its way. Making one flow path decreases erosion and makes it easier to direct the runoff to a water treatment plant."

The project designer, MWH Engineering, originally considered three solutions. The first would have lined the reconstructed stream with riprap. The second would have used a cast in place concrete pilot channel with riprap lined or vegetated overbanks. The third alternative would have incorporated an articulating concrete block system. MWH concluded that none of the traditional approaches was appropriate for the site's challenging conditions. The riprap sections would have required a very large median stone diameter to withstand the 500 year flow. The concrete pilot channel was vulnerable to small ephemeral springs and seeps that would have lifted the structure out of position. Finally, there were concerns that the long-term effectiveness of the concrete block system would have been degraded by the stream's acidic water.

The decision was made to line the channel with Tensar Triton Marine Mattresses. "We used these mattresses because it was the best option for the job," explains Design Engineer Mike Ross. "We were also trying to meet the EPA's requirements, and Tensar's mattresses filled the bill." The mattresses' physical properties made them a logical choice. "Other materials available, such as gabion baskets made of galvanized wire, can corrode, due to the water's pH," White explains. "This material was resistant to corrosion. Because they're made of co polymer HDPE & PP, the mattresses wouldn't break down in the water," Ross adds. "They're also 100% UV stabilized, so the environment won't degrade them."

The site was revisited in September of 2020 with the goal of inspecting the job site to determine how well the mattresses had performed after weathering 18 harsh Colorado mountain winters. Visual inspection showed the mattresses had remained stable with no movement or settling. No erosion or scour was observed. Triton Marine Mattresses had proven to be a highly effective solution for this once problematic site. 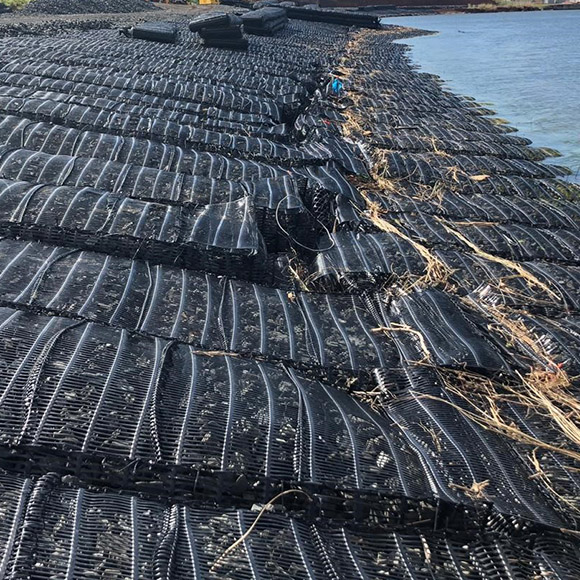