It's Time to Prepare for Cold Weather Construction

Extreme cold weather has the potential to wreak havoc on any construction project, but this is especially true for roads. In a perfect world, excavation, soil stabilization and pavement placement for access roads, streets, and highways would be scheduled only in the warmer, drier spring and summer months, when there’s no need to account for snow, ice, and sub-zero temperatures.

Unfortunately, construction schedules stop for no one, including Mother Nature. With cold weather already upon us, and more on the way – especially in our frigid northern states – now is the time to make sure your road project starts out with a strong, stable foundation. Doing so will ensure a functional and problem-free road – not only during the cold winter months, but all year round.

A project team in West Seneca, New York, was working quickly to wrap up construction of an industrial access road before freezing temperatures arrived when they ran into trouble.  The Road was to remain unpaved until the warmer spring months.  Just three days after heavy trucks began using the roadway, the stone surface started rutting. Moreover, the area in the middle of the road had heaved, and large bubbles of clay were coming to the surface.

It quickly became clear that the roadway – called Commerce Parkway – would not be usable without a complete overhaul. The construction window was quickly closing as winter set in, and the owner was anxious to finish the project. This job required an immediate fix – and a whole new approach to all weather construction.

When crews inspected the road, they quickly realized the problem: both geosynthetic products placed over the road’s subgrade had ruptured and split, causing the road to rut and heave. To replace the ruined access road with one that would hold up to heavy equipment and repeated freezing winters, the road project team turned to Tensar’s TriAx Geogrid to stabilize the pavement foundation.

The Triax Geogrid is formed from a solid sheet of polypropylene that is punched and stretched to form triangular openings and rolled over a prepared subgrade. Aggregate is placed on top of the geogrid and serves as a stabilizer, forming the road base. The geometry of the triangular apertures holds the road material in place by locking the aggregate together, distributing the load evenly over a large area and maintaining the structure of the pavement over time. The product replaces other stabilization methods such as cement additives, which can’t be installed in cold weather and becomes brittle in extreme cold.

“This road faces some of the worst conditions you can put a road under,” says Havens. Truck traffic in the area is relentless, and the region’s punishing winters add to the stress on the road. “Few roads get as much wear and tear as this one.”

The construction team removed the buckled roadway and installed TriAx Geogrid over the subbase before rebuilding the aggregate base and installing asphalt. Several years after the rebuild, Commerce Parkway is still going strong. With TriAx Geogrid, the construction team significantly reduced the amount of stone needed to build the road, and slashed maintenance costs. But perhaps the biggest advantage the project team realized was how quickly crews were able to install TriAx Geogrid – and how soon the project was able to get back on track.

“The savings were in the project schedule,” says Havens. “When you’re up against snow, you can’t pave. We would have never finished that road in season had (the repairs) not gone as planned.”

The Commerce Parkway project is an example of a lesson learned. The geosynthetic products that failed included a knockoff biaxial geogrid, instead of the specified TriAx Geogrid. When submitting the alternate, less expensive product, the contractor had hoped that it would perform as promised, but everyone soon realized it wasn’t up to the challenge.

Advice from knowledgeable professionals can mean the difference between a successful project and one that falls short. Customers who choose Tensar receive engineering solutions from a team of skilled professionals. Tensar will partner with any member of a project team at the start of the job to make sure Tensar solutions fit the construction schedule. The Tensar team will also assist with developing budget estimates and proposals in order to determine the most cost-effective approach. And Tensar representatives are available throughout the project, making sure all questions are answered.

On the Commerce Parkway rebuild project, Tensar crews visited the jobsite and showed the design and construction team exactly how the TriAx Geogrid product was supposed to work.

“When we put the material in, it worked exactly as promised,” says Havens, who has since specified TriAx Geogrid on more than a dozen road projects. “This project made everybody believers.” 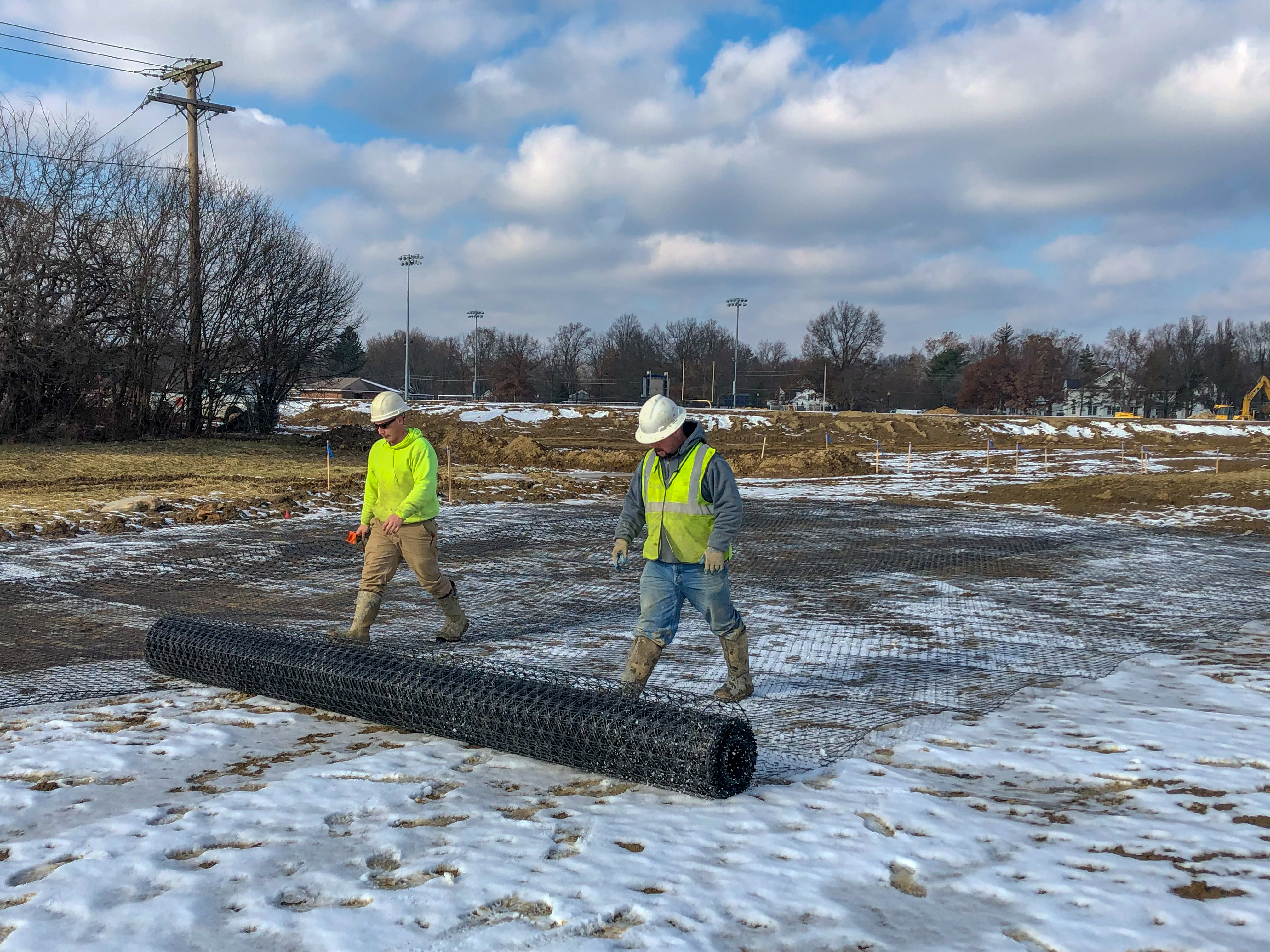 As the mercury steadily drops, make sure your roadway is prepared to face the challenges of winter – and beyond. With TriAx, you can keep construction schedules moving forward, avoid costly downtime and stop waiting for sites to dry, stuck equipment, or long curing time. Visit our winter weather resource page that has helpful tools, videos and project examples that will help you save significant time during inclement weather. 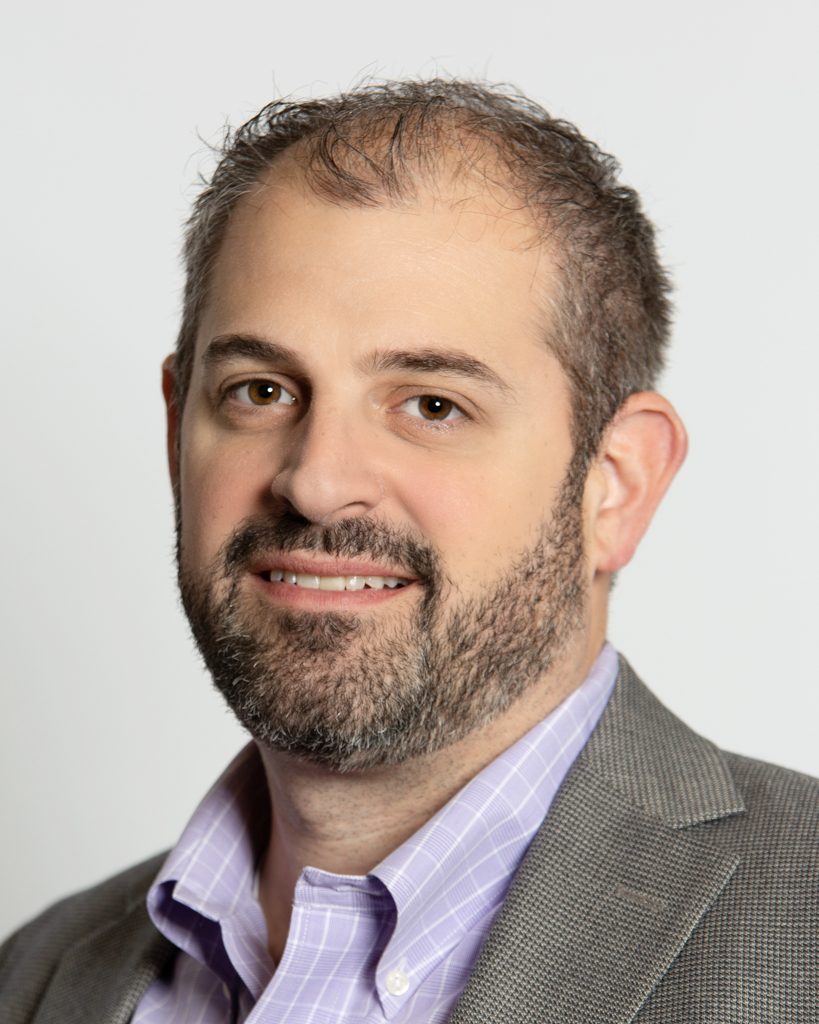 David Lipomi has 18 years of experience in civil design engineering and has been with Tensar International for 12 years. He received his Civil Engineering degree and MBA from Penn State University. David serves as the North Area Director for Tensar International Corp. Tensar is the leader in geosynthetic soil stabilization, offering systems for improving structures such as roadways, rail yards, construction platforms and parking lots.