Aiming for A+ Infrastructure in Road Performance

Every four years, the American Society of Civil Engineer’s Report Card for America’s Infrastructure depicts the condition and performance of American infrastructure. In 2013 and again in 2017, America’s roads fared no better than a D grade. This grade is based on the physical condition and needed investments for improvement. Short of a “magical genie” granting the wish of an unlimited transportation infrastructure budget, what can be done to lift our roads from D-grade to A+ infrastructure?

Are All Roads Made the Same?

The Federal Highway Administration (FHWA) assesses America’s road quality primarily by measuring smoothness or, rather, its antonym: roughness. The FHWA especially relies on the International Roughness Index (IRI) as the scale used to evaluate pavement conditions. A driver’s experience of a road is largely determined by its smoothness. Smoothness is an important-enough measure of road quality that contractors are increasingly incented by bonus/penalty payments for new road construction based on the pavement’s IRI score.

During summer 2008, the Wyoming Department of Transportation (WYDOT) funded construction of a seven-mile segment of the northbound lanes of Interstate 25. The soft, aged soils beneath the road segment on this project were stabilized with geogrid, providing a construction platform so strong that the WYDOT eliminated the requirement for a spreader to be used on the concrete surface, which saved time and money. The resulting pavement surface was so smooth that the contractor, Interstate Highway Construction Inc. (IHC), qualified for an incentive bonus.

A geogrid is a geosynthetic material used to stabilize soil. Soils pull apart under tension; compared to soil, geogrids are strong in tension and also confine the soil, allowing them to transfer forces to a larger area of soil than would otherwise be the case. 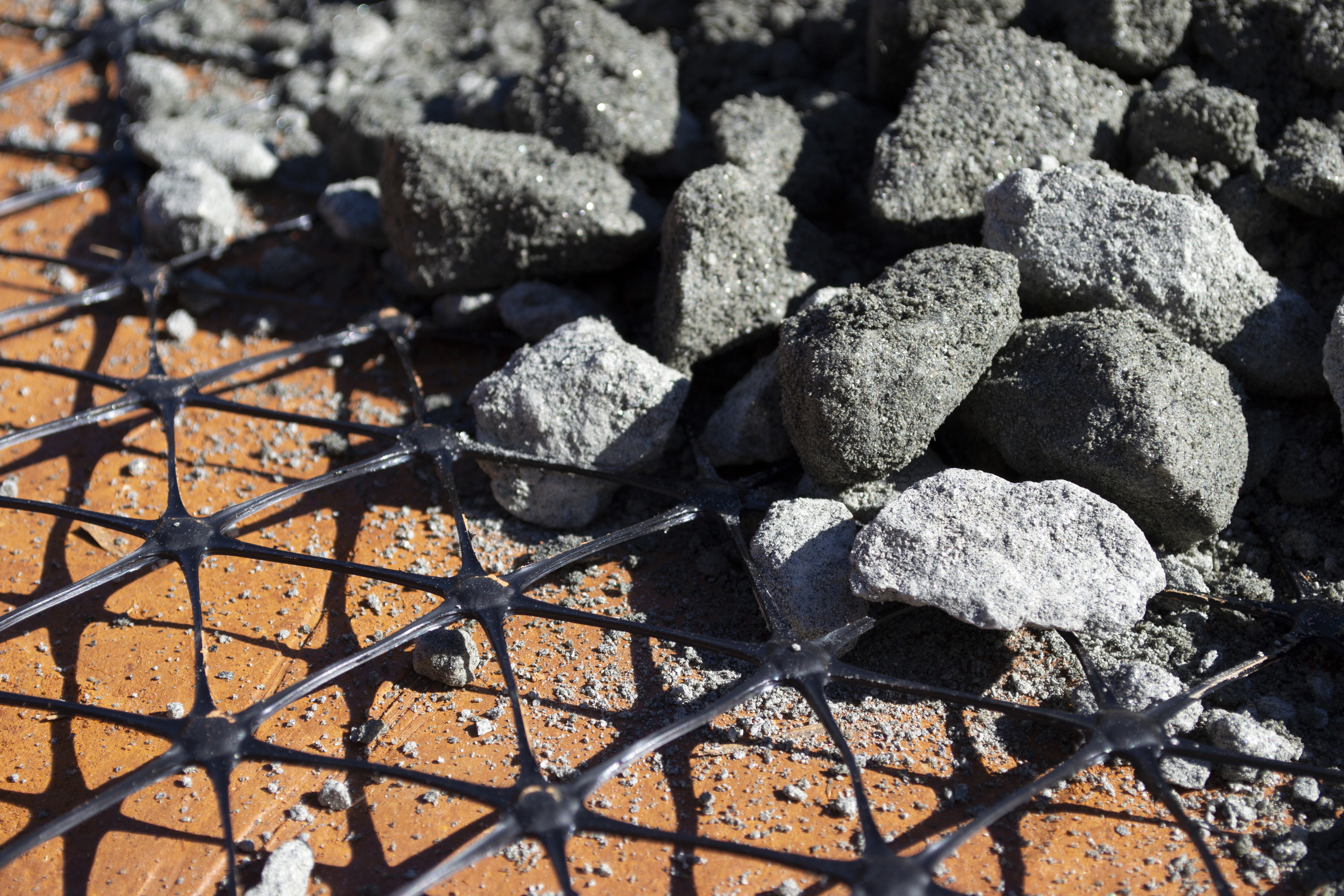 One year earlier, WYDOT (using the same road contractor) completed the southbound lanes along the same segment of Interstate 25. At that time, however, they didn’t place geogrid under the road. Nearly 10 years after these projects were completed, the northbound, geogrid-reinforced segment is 30-percent smoother than the non-geogrid southbound segment.

Did you know our staff is also able to help evaluate conditions and provide design assistance - at no cost to you? We have assisted contractors and engineers on thousands of projects and have the expertise, research and engineering to help provide cost and time savings to your projects.